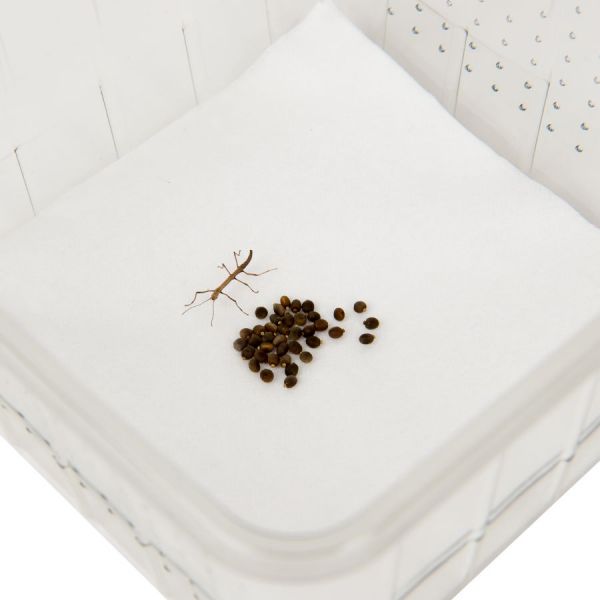 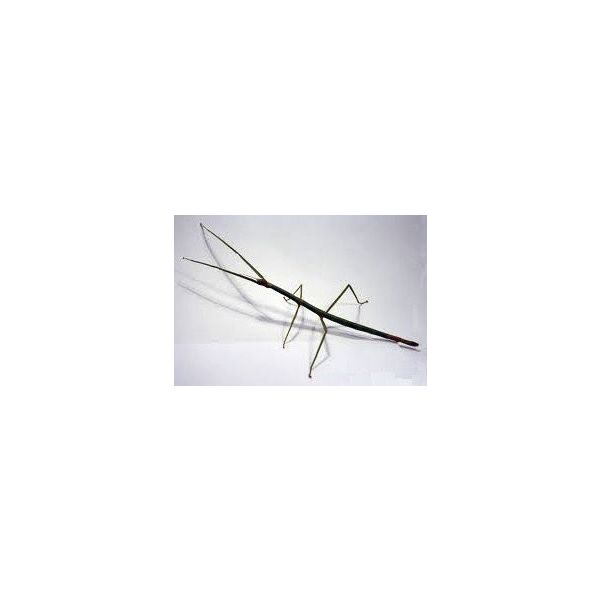 In this kit you will receive around 20 eggs of the Indian stick insect. The eggs can remain in the breedingbox they come in on a damp paper (moist weekly).

The eggs are a few weeks old on average, we ship eggs of different ages together, so under normal circumstances there is always something to see. A portion is expected to hatch within a few weeks, with the remainder due in a few months. Given the care and conditions are important for the hatch, we can not give any guarantees.

Most people also start with this species if they start with keeping stick insects. They are very easy to keep and have a diet which is widely available, ivy.

An Indian stick insect is a peaceful animal. Because most stick insects are nocturnal, they will not show much movement during the day. In the evening you can see they do move. They can not bite or scratch and are easy to handle. They also can t jump and do not fly.

This species eats many types of leaves. They are known for eating ivy. They can live in all kinds of ivy and they don't need other leaves to be healthy. You can they do carry many other leaves, such as burrs, raspberry, oak, lattice, hazel and privet leaves. Blackberry leaves and ivy can always be found in the winter.

Plants from stores are sprayed with insecticides! Here you go walking sticks directly to death while eating.

The temperature may vary between 18 ° C and 30 ° C. Room temperature is fine for these animals.
The stick insect does not make high demands on the humidity, 2 times peer week stay which sprinkle base is sufficient, watch out for mold development. They may have some drinking water.
As with all kinds of walking sticks, necessary, the species has a stay of at least 3 times the length of the animal high, wide and at least 2 times the length of the animal. For an adult female this means an amount of at least 24 cm high and 16 cm wide.

This species is parthenogenetic in culture. This means that there are only females in captivity, and the eggs which they have nevertheless come out without that there has been a male. From which eggs are also only females again.
If the females are mature, they will lay eggs. The eggs are round and brown and have a small cap and where the nymph will come out later. They just throw them on the ground. The eggs hatch after a few months to half a year.

Our eggs all come from their own culture and are well cared for shipment.

Product questions
Customer Questions
No Questions
Did you find what you were looking for?